If bluff and bluster were an art form a certain city leader would be a world famous exponent of it. Fortunately on the Gold Coast a growing number of people are willing to take up the challenge and see through this charade. Look at the following exchange at 9:00 am January 26th via the ABC Gold Coast Facebook page:

Lois Levy:
"Why do some Councillors say the new City plan is "rubbery" when State Government Planning officer James Coutts says that [interpretation] is "fanciful" and that both the old and new planning schemes are very clear regarding height regardless of spurious "merit" ideas?

Built form has a building height that does not exceed that indicated in the Building Height overlay Map.

Mayor Tom Tate:
"The problem might be that you get your news from unreliable sources Lois.
Maybe you need to ask the Councillor(s) who made the statement."

Lois Levy:
"The information came from Councillor Caldwell at the Southport Yacht Club on Monday 19th January and heard by over 300 people and today in the Gold Coast Bulletin article. It would appear from your response that you consider the head of the Planning Committee to be unreliable. My other information came from Department of Planning Executive Director James Coutts. Is he unreliable too?" 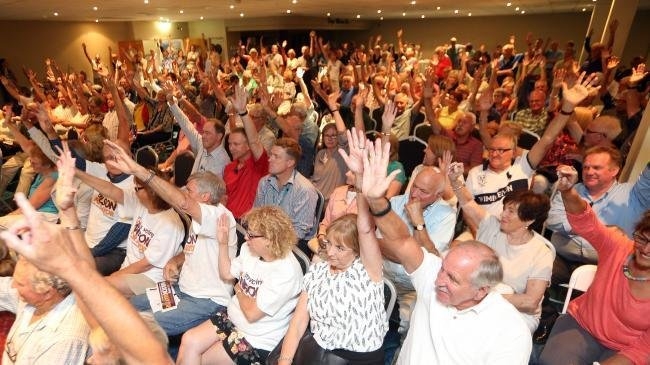 A show of hands wanting enforcement of #3StoreyLimit on the Spit

SOSA's Luke Sorensen won journalist of the year at the recent Gold Coast Media Awards "MACCAS".
His latest treasure is this video narrated by his four-year old son, Kyal.

Luke:
"I came away from that town meeting in Main Beach last week just absolutely gobsmacked at the unwillingness and, in part, arrogance shown by our city's leaders. They've opted to not fight for the community but rather lay down and roll over for the developers, faceless bureaucrats and certain vested politicians - essentially washing their hands of their civic ideals and responsibilities."

Read and watch at http://www.saveourspit.com/LY?U=ShortFilm 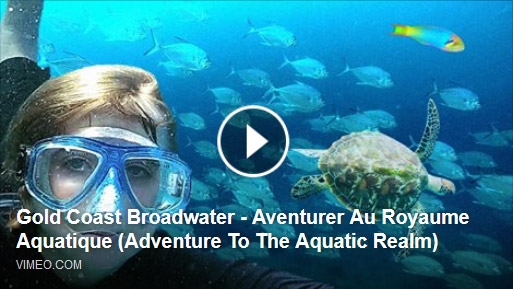 We are indeed fortunate to have growing support. We are inspired by newly formed resident groups who see their rights as being infringed and act on it. There is a growing city-wide contempt for what one supporter described as the "obfuscators" - the ‘don't worry about the facts’ brigade.

In fact, Cllr Cameron Caldwell may have even been heard at a public meeting on Monday 19th January at Southport Yacht Club uttering those famous words from a past Premier: "Now don't you worry about that".  At this same meeting every hand (over 300) except three went up in a show of support for retaining the #3StoreyLimit for the Spit.

Visit the reports of the latest independent community analyst on social media:

Sunland are scrambling for a new PR approach now that it is clear people overwhelmingly reject their residential towers proposal on The Spit. Sunland have tried to mask their true intent by offering smoke and aquariums as ‘cultural’ benefits for the Gold Coast community when their core intent is a private profiteering real-estate gig.

Remember all current commercial activities on The Spit are 3-storeys maximum on fixed-lease State Crown-land; that is, land owned by the residents of Queensland, and in particular the Gold Coast community.

Mariners Cove is not privately-owned or privately purchased real-estate. Sunland merely bought the existing fixed-lease for the 3-storey Mariners Cove at a discount rate that makes the site more than commercially profitable at the lease purchase price (although Sunland secretly applied to the Newman Government for freehold ownership or perpetual lease of Mariners Cove).

Purpose Of Land Use Petition

"We request the Queensland State government review and reverse the change to 'Purpose of Land Use' decision made on Special Lease 52285...."

SOSA thanks our supporters who articulate and fight for our cause, who add value to our battles with government 'authorities' and private entrepreneurs on important community issues, who share our desire for the rule of law to be applied by Council Officers and elected Officials and who have made donations in the past to assist us to conduct our communications programs and public events.

Donations to SOSA will assist us to organise and finance upcoming public events and to work effectively with other community groups in the lead-up to the 19th March Gold Coast City Council election.

Elections are heavily influenced by invisible spruikers and 'secret' donors with their vested interests. There are already claims of "shoe-in victories" by cashed up candidates. We believe Gold Coasters are too intelligent to sign up for another four years of developer rorts, secret deals and decisions, traffic chaos and the existing laws and regulations being distorted and ignored.

Please donate to SOSA to help fund events aimed at establishing public platforms for the community to discern and scrutinise which candidates will be honest and transparent as future city leaders and are willing to expose what we perceive to be the past and existing rorts.