Napkin sketches and a dot point list - that's ALL of it! 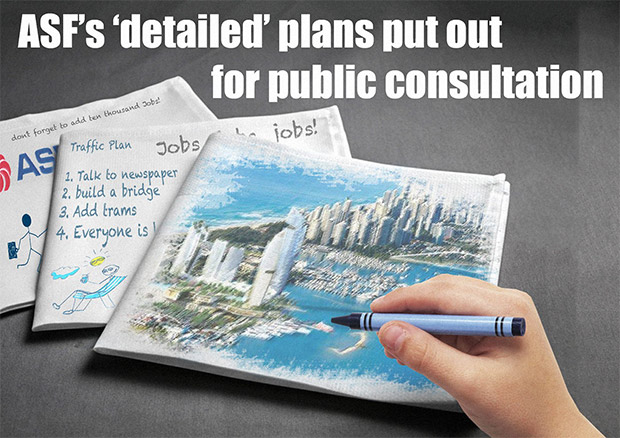 We're not sure where the State Government is heading with this, but so far we have seen nothing but ...

- Absolutely no detailed plans, no substantiated information and no actual project information of any merit from ASF (just a media onslaught of completely unsubstantiated napkin sketches and crayon claims about jobs)

- A very tactically skewed advertisement in the local newspaper pushing people with biased and suggestive terms such as "world class", "six star" and "signature restaurants" that appears to have been cut and pasted from ASF's own marketing spin pages

- An advertisement that had very poor map referencing, that strangely chopped off the council car park from the public reserve, that failed to mention the ASF site is on Crown public leasehold land, cleverly omitted the very objective yet vital technical reference stating there is a very recently approved 3-story city plan limit imposed upon it plus other questionable wording issues

- A newspaper advertisement that should have been stand-alone for the ASF proposal yet attached to it like some sort of public bribe a big dangling carrot was a juxtaposed but completely separate consultation marrying the notion of the ASF development to public parkland benefits most of which actually happen to be already in place, built, operating, planned or underway (how bizarre?)

- An air of confusion, secrecy and stark omissions at levels not at all unlike that of the days of Seeney and Newman.

ASF China's so called traffic plan carves up the Broadwater - wipes out kids playgounds and wouldn't solve anything. But Received no scrutiny 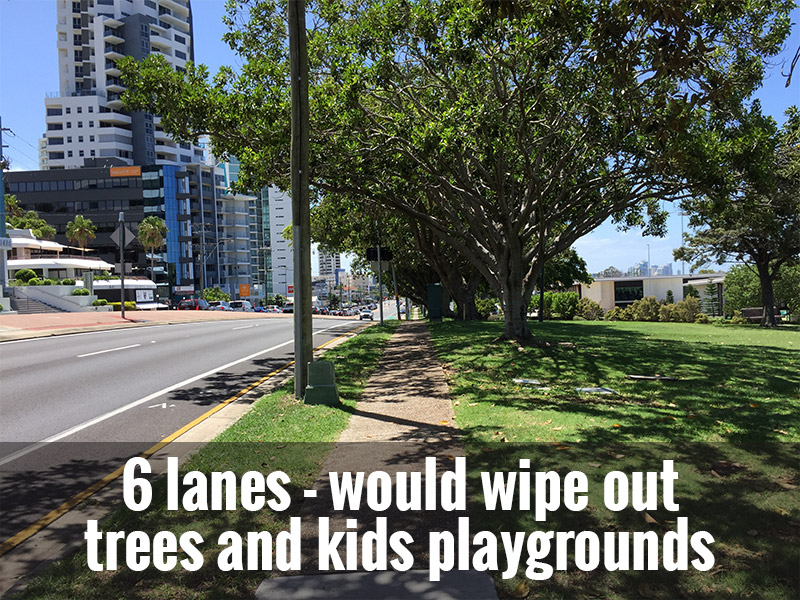 Well, theres a stack more going on but we think you get the gist. Perhaps most glaring of all of the embarrassing problems so far with this all, is that there's a swathe of totally unsupported and unlikely information, perceptions and hypothetical benefits has been spread far and wide by ASF yet again in the lead up to these questionable consultation processes. Almost all of it has gone unchallenged by the main media outlets - just accepted and printed/broadcast. There are no details, no detailed plans and no reports or designs - no information at all other than a few glossy digitally generated images - that have been tendered to the public for scrutiny and comment.

In the end, we are all about to be consulted about nothing, asked for our views and opinions on a cartoon image or two and a dot point traffic plan that simply moves the bottle necks a little further down the road and that for all intents and purposes may well have been drafted by a toddler with a map and a set of crayons. 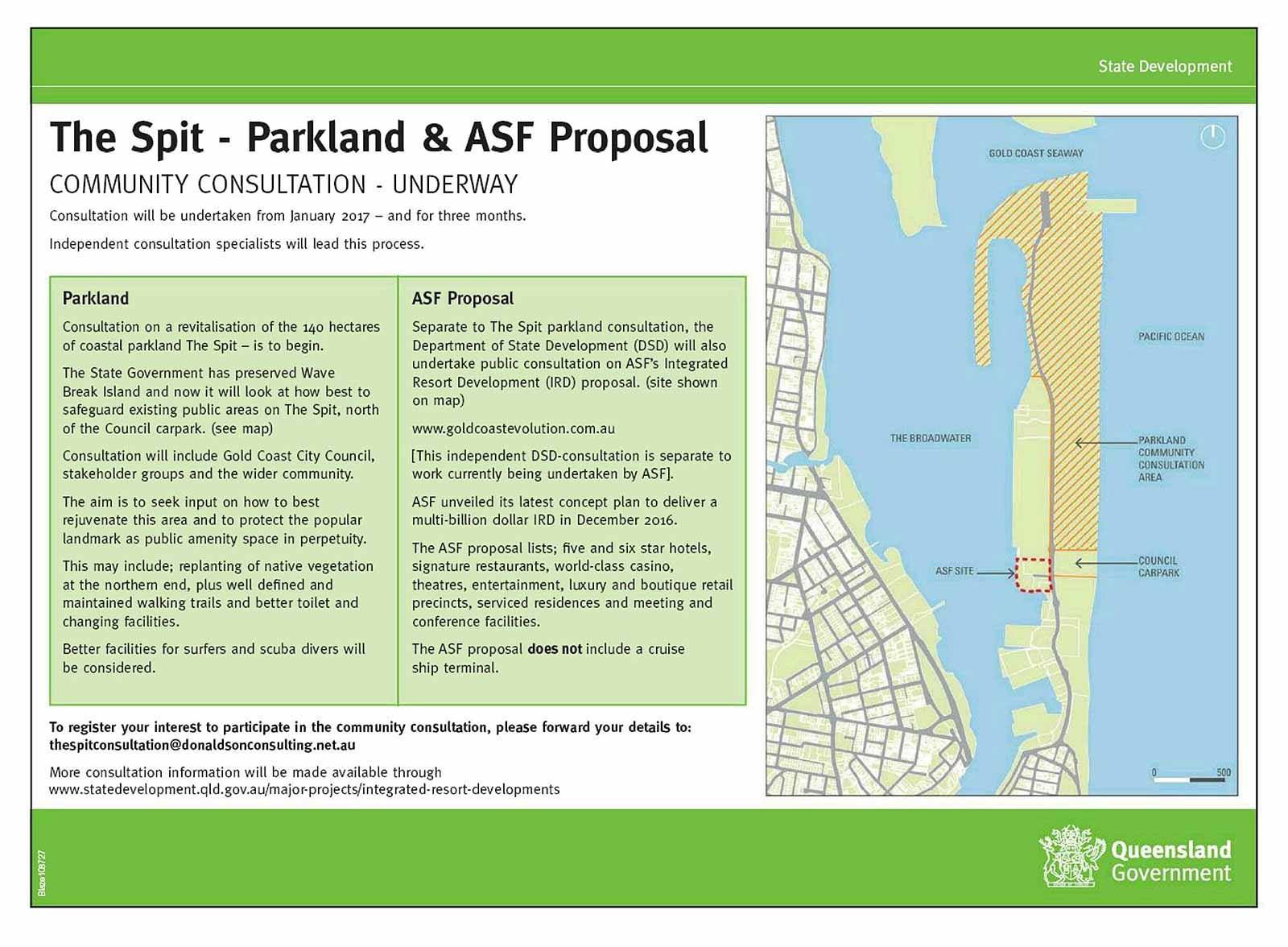 The DSD map above designates an area on the map as 'ASF Site' which insinuates that the area is ASF's privately-owned land. This is not true. The area in question is unallocated Crown-land; that is, publicly-owned land. Also the map reveals that the public reserve and car park known as Philip Park on The Spit is curiously not included in the DSD's 'community consultation' process.

Surely then, the 3 month consultation period would begin on this first notification on January 21st and end on April 20th 2017.

However, despite the brevity of this consultation process, we encourage you to register your name with Donaldson Consulting, to ensure your voice is heard and that you can participate in surveys or other consultative methods (yet to be revealed by DSD) in an attempt to keep this so-called consultation process as honest and transparent as possible.

The greater the number of  Gold Coast Community members who register their interest in participating in the community consultation, the more the State Government will be reminded of how much we care about what happens on and to Our Spit.

Register by email at: thespitconsultation@donaldsonconsulting.net.au